Pomorie Resort has a unique natural feature that makes it an attractive site for an all-year rest and treatment.

Pomorie town ( about 14500 population) is located on a narrow rock peninsula, jutted out 3,5 km into the Black sea, 20 km far from Bourgas and 18 km far from Sunny Beach. The town was found in the IV Century BC near the salt lake called by the ancient Thracians “holy” because of its medical properties.

The climatic conditions are optimum: sunshine up to 2360 hours annually, average July temperature of the air and water – 23,6°C. Consecuently, alternating winds (breezes) from the sea to dry land and from dry land to the sea refresh the air rhythmically. The barometrical pressure is 76mm Hg. In the morning, before sunrise the air is rich in ozone and negative ions, ultra-violets rays and gauze iodine, given by the seaweed. Because the sea water gets cool slowly the temperature in the autumn is about 20,5°C.

Snowfalls are low as the snow holds no longer than 5-7 days. From the middle of October until the beginning of March the sea heats the air up. The average Spring temperature is about 14° C.

These climatic indices provide for the use of the resort for suntreatment from early spring till late autumn and the fruit – vegetable circle that rounds Pomorie of 17 200 dka vineyards, 2 200 dka fruit gardens and 800 dka of vegetable gardens provide plenty of fruits and vegetables.

It is a fact that Pomorie’s firth medicinal mud and its properties are one of the most effective in the world. In the modern sanatorium base cases of bones and joints, gynecological, surgical, cardio-vascular, traumatic, skin, liver, nervous have been under treatment successfully all year round.

In Pomorie resort the seaside is low, sandy with entirely open sea-line to the East and West and it is preserved to the North by Stara Planina. The beach is on 18 700 m.sq., 7 km long and contains iron in its sand. This beach encircles the Pomorie Bay. The words like far from the beach and the sea are not existing because they are a part from the life-town environment that makes it extremely attractive.

The breakwaters out of swimming zones lead out the cold streams of the way. Shallow and level seaside bottom with slight stop without reefs and cold sea streams is safe for diving.

In its 25th Century history Pomorie ( till 1934 – Anchialo) has had a turbulent and inconstant history – a Greek colony, tsivitas magna a flourishing town in the Roman Empire, had a right to coin its own money, a first-rate fortress of the First Bulgarian State, witness of the Akheloy Battle in 917, plundered and destroyed by a fire in 1366 by Amedey Savoy Earl; main supplier of salt, wine, brandy for the Ottoman Empire, had met thousands of guests from near and far places. Among the most interesting sights of Pomorie are: The Antique beehive tomb from the time of the late Roman domination on this land (II – III Century), “Sveti Georgi” (“Saint George”) active monastery – monument of the Bulgarian national revival architecture, in which there are icons from XVIII and XIX Century, the small church of “Preobrajenie Christovo” /”Transfiguration” from 1764, and the church of “Sveta Bogoroditsa” (The Holy Virgin), which was built by the most talented student of Kolyo Fitcheto – Usta Gentcho.

Pomorie resort has accommodations categorized by one, two, three stars, family boarding-houses, comfortable hotels for undisturbed recreation, a large number of snackbars, covered swimming pools. Convenient transport links connect Pomorie with other towns and resorts. The Airport is 8 km far from Pomorie. The proximity of Sunny Beach and District Center of Bourgas expand the opportunities for entertaining. The sea area of the Pomorie Bay is preferred for sailing boats and the quay by the fishingmen.

Together with the traditional means of livelihood of the natives-vine-growing, wine-producing, salt-producing, fishing, the tourism and the activities attending it determine the new face in industry of all its attractive balneomedicical sea resort of Pomorie. 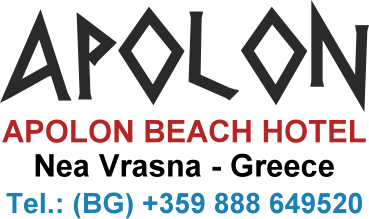